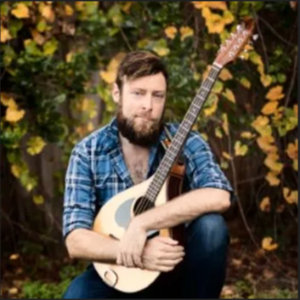 Guitarist, bouzouki player and singer Alan Murray hails from Glasgow, Scotland, where he grew up playing the whistle and later guitar. Eventually moving to New York City, he has established himself as an in-demand performer and teacher on the Irish music scene. He has played and toured around the world with many of the finest traditional musicians and acts today, including Niall and Cillian Vallely, Eileen Ivers, Colin Farrell, Paul Brock, Battlefield Band, and FourWinds.