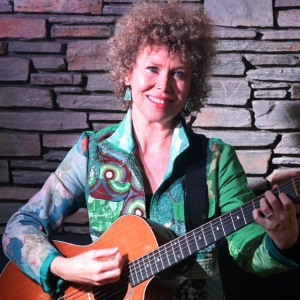 Aoife Clancy was born and raised in Co Tipperary Ireland and grew up in a family steeped in music. Her father Bobby Clancy was a member of the group “The Clancy Brothers” and at an early age introduced her to old ballads and traditional Irish songs.

By the age of 15 Aoife was performing with her father in Folk Clubs and festivals around the country. She moved to the States in 1992 and was asked to join the well renowned Irish American Ensemble Cherish the Ladies out of NY city where she performed over 200 dates a year touring the States and Europe. The group went on to record under RCA Victor and was nominated for a Grammy on a live recording with the Boston Pops titled the Celtic Album. Aoife was later asked to perform as a soloist with the Boston Pops and other symphonies around the US. She has recorded many CD’s over the years, three solo projects, several with Cherish the Ladies and a project she recorded with her cousins Robbie O’Connell and Donal Clancy. After touring for many years, Aoife decided to perform solo and went on to teach Irish music workshops on Traditional Irish song and developed her own Irish music program, accompanying herself on guitar and Bodhran. She has been an instructor at the Swannanoa gathering at Wilson College NC during Celtic week and Irish Arts week in NY State. Aoife now resides in Etowah NC.