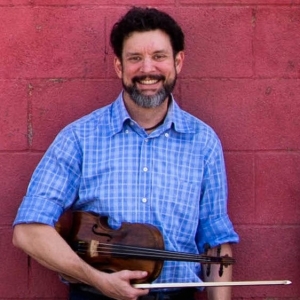 Christopher Buckley grew up in Milwaukee, Wisconsin. He has been a student of the violin since age 3. He began studying Irish fiddle at 14. His classical training culminated with a degree in viola performance at the University of Minnesota and graduate work at UT Austin. His Irish music roots developed under the tutelage of Martin Dowling, Liz Carroll, Brendan Mulvhill and James Kelly. Christopher has received numerous awards and recognitions for his outstanding achievements in Irish music and has performed at festivals and in venues across Europe, Canada, and the United States. Christopher moved to Austin, TX in 2001. Since then, he has been a member of, toured, and recorded with several award winning Texas based ensembles including Cluan, Blaggards, Aidan, and the Tea Merchants. Currently Christopher performs in the highly acclaimed, Texas-based Trad band, The Here & Now.
For Christopher, teaching is a PASSION! He is a widely respected and sought after fiddle teacher in Austin and beyond. In 2014 Christopher co-founded the Austin Irish Music Academy, which continues to thrive under the direction and leadership of he and Niamh Fahy. Christopher continues to expand teaching opportunities and methods through remote/online lesson environments and is excited to share these opportunities with current and prospective students.