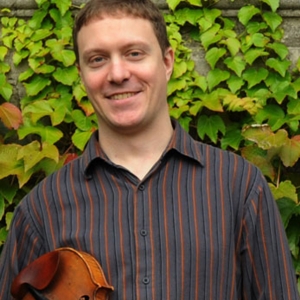 Devin Shepherd began learning the fiddle at an early age and soon became enamored with Irish music. His interest in Irish music was nurtured by his mother, who immersed him in the deep-rooted Irish music scene of his hometown of Chicago and beyond. Devin was awarded an Illinois Arts Council grant to study with famed Liz Carroll when he was only twelve years of age. During this formative period he won first prize in the Midwest Fleadh Cheoil fiddle competition for nine consecutive years—another testament to his dedication to the tradition.

As a performer, Devin has played around the world at venues including the Kennedy Center in Washington, D.C., and the Paris Olympia Theater in Paris, France. He is a member of the 2009 Traditional Irish Band of the Year, Bua.

Devin has been teaching Irish music since 1998. He first taught for The Academy of Irish Music in Chicago. Over the years, many of his students have done well in both group and solo competition. In 2016, Devin founded The Shepherd School of Irish Music. Shepherd School students have travelled twice to Ireland, and have opened for well known Irish music groups including Solas.