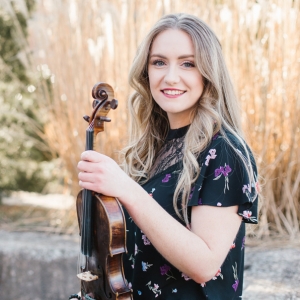 Eimear is an award winning singer and musician originally from Ruan in County Clare. She has toured extensively with the international music organization Comhaltas Ceoltóirí Éireann on concert tours throughout Ireland, Britain, North America and Canada. She has also performed with the internationally renowned show Brú Ború and was part of the troupe that represented Ireland at World Expo 2010 in Shanghai. In August 2015, she traveled to World Expo in Milan with St. Louis Irish Arts where she promoted not only Irish culture but the expression of Irish culture worldwide. Eimear has toured throughout the US and Ireland with The Paul Brock Band, Cherish the Ladies, Tomaseen Foley’s A Celtic Christmas and is regularly seen performing with harp player and St Louis native, Eileen Gannon. Eimear is a qualified Irish music and dance instructor and has been teaching at St. Louis Irish Arts for many years. She has given workshops at festivals all over the world including Féile Séamus Creagh, Newfoundland; Catskills Irish Arts Week; Viljandi Pärimusmuusika Festival, Estonia; St Louis Tionól; Canadian Celtic Celebration, and Festival Interceltique de Lorient, France. In June 2018 she released her debut album, What’s Next? and was awarded “Best Newcomer” from LiveIreland in 2019.