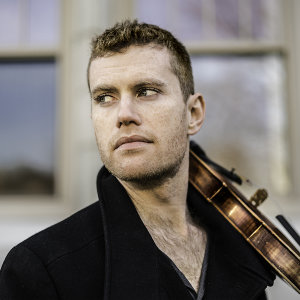 I am offering a deal of $70 for two lessons and $100 for three. After that, lessons are $50 per lesson but if the student wants to do a more extended lesson package we can also talk about that!

For twenty years North Carolina-native violinist/fiddler Andrew Finn Magill has been pursuing parallel careers in traditional Irish music, Brazilian choro, jazz and American fiddle. Magill learned from the best fiddlers in the world at The Swannanoa Gathering and has gone on to record and perform with many of them including Liz Carroll and Martin Hayes. He is a Fulbright fellow, North Carolina Arts Council Fellow, and Ropeadope Recording artist and has been featured on MTV, Avianca in-flight entertainment and multiple times on NPR’s The Thistle & Shamrock. His 2016 album Roots (featuring Cillian Vallely of Lúnasa and John Doyle) debuted at number #46 on the folk DJ charts and since then he has toured internationally and headlined several Irish festivals. He has performed with everyone from grammy-nominee John Doyle to Rising Appalachia. In 2020 he will release albums with former Paul McKenna Bandmate Seán Gray and Scottish singer and guitar & bouzouki-player Alan Murray (Colin Farrell Band). Magill is also working on recording projects with Irish singer Dave Curley and his original jazz quartet, both of which will be launched in 2021.

“Andrew Finn Magill is a leading fiddler in a new generation of musicians.” – BBC Folk Musician of the year Martin Hayes

“Serene and incredibly soulful, North Carolina fiddler Andrew Finn Magill encounters the tradition in a manner reminiscent of Keith Jarrett on The Melody at Night With You.” – Siobhan Long, The Irish Times

“He is an innovator and composer with clearly his own signature.” –grammy nominee, Liz Carroll