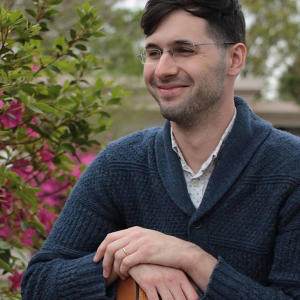 Guitarist Joseph Carmichael is known for his bold, free-thinking guitar playing, and has performed extensively across the states.

Joseph’s primary project for several years, folk trio Flashpoint, has recorded one full album and one EP, and has opened for bands such as FullSet and the legendary Solas before going on hiatus in 2016.

Joseph has been a regular member with singer/songwriter, Ashley Davis, and toured with internationally acclaimed musicians, Hanz Araki and Colleen Raney, as well as a special performance in Cavan with Gregory and Alex Grene of the Prodigals, as part of The Gathering in 2013.

Currently, Joseph plays with Austin musicians Chris Buckley, Rob Forkner and Niamh Fahy as The Here & Now, and has recorded two albums with the group. His debut solo album, “Desiderium” is set for release in early Summer 2020.