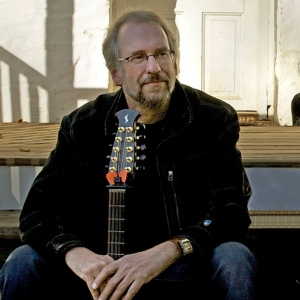 Keith Carr plays Irish bouzouki, tenor banjo, and mandolin. He is most well known for performing as half of the Irish traditional duo “Lilt” (www.liltirishmusic.com), in which his partner is flautist Tina Eck. Over the past decade Lilt has released four CD’s which have been critically acclaimed by Irish Music Magazine, The Boston Irish Reporter, IrishPhiladelphia, the NY Irish Echo, and other publications. Lilt’s latest album, titled “X”, was released in July 2019, and marks the duo’s ten years of performing together. In addition to his work with Lilt, Keith also often performs frequently with other prominent traditional musicians in the DC/Baltimore area.

Keith is on the faculty of the Washington Conservatory of Music, where he teaches regular classes in each of his instrumental specialties. He also teaches at various Irish music camps and workshops, and he gives private lessons. He is on the Board of Directors – and is a regular teacher — for the annual “MAD Week” Irish music summer camp (www.cceMadWeek.org) in Maryland. He is also a board member for the O’Neill-Malcom Branch of Comhaltas Ceoltóirí Éireann (CCÉ) in Washington DC. He lives in Falls Church, Virginia.

Growing up in a family of prominent music educators in New York equipped Keith with extensive classical training in several instruments. His musical background also includes many years as a performing jazz/rock/fingerstyle guitarist. He landed in Washington DC thirty-some years ago to pursue a career as an ecologist, doing groundbreaking work in biodiversity conservation with several international organizations. He recently retired and is now able to devote his time to what he loves most: performing and teaching Irish traditional music.