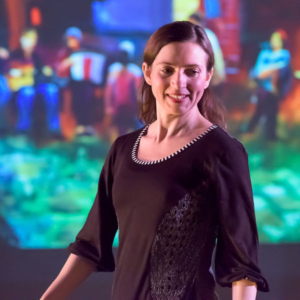 Boston-based Kieran Jordan is both an innovator and tradition-bearer in the field of Irish dance. With a style described as “playfully theatrical” (The Boston Globe) and “wonderfully expressive” (The Living Tradition), she is the founder and director of Kieran Jordan Dance, and an internationally-known teacher, performer, and choreographer. Drawing from her training in contemporary dance, somatic work, and more than 40 years of immersion in traditional Irish dance, Kieran is regarded as “one of America’s premier dancers and instructors” (Irish Echo).