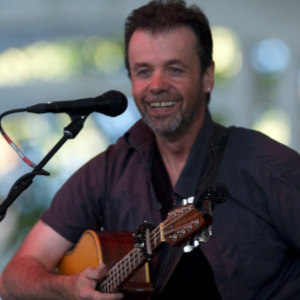 I will supply recordings and or video of techniques I use and also material to learn like tunes and songs.

Pat Broaders grew up in Dublin, the son of parents from Wexford. He began his journey in traditional music at the age of eight and attended the School of Music in Chatham Street in Dublin. He started out on the whistle, and later moved on to the uilleann pipes under the tutelage of Leon Rowsome. He took up the bouzouki in 1988, inspired by the sounds he grew up hearing from bands like Planxty, and the popularity of the instrument in Dublin’s vibrant traditional music scene. Pat’s singing began naturally enough. His father was a singer, and having grown up around Dublin’s singing tradition, it was a natural step for him. Pat’s repertoire today reflects his interest in the great songs of the Irish tradition as well as songs and ballads from the English and Scottish traditions.

Pat has performed and recorded with Dennis Cahill, Liz Carroll, and Martin Hayes, as well as a host of other musicians in and around Chicago. He has also fostered a healthy career outside of Chicago, playing with such musicians as John Doyle, Paddy O’Brien, Mick O’Brien, Robbie O’Connell, and Danú.  Pat is currently a member of the trio Open the Door for Three, with uilleann piper Kieran O’Hare and fiddle player Liz Knowles.